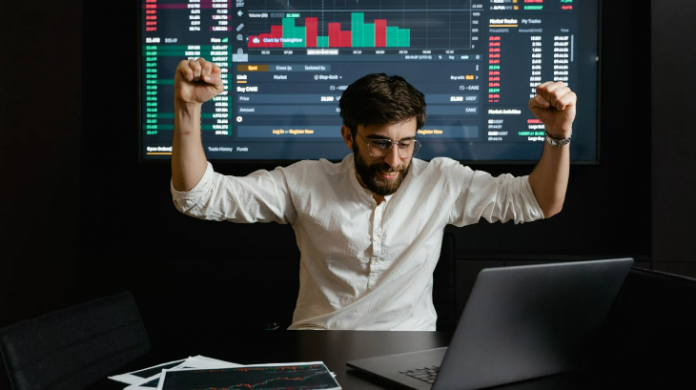 Bearish chart patterns appear at the end of an uptrend and show that there is a potential for the price of the asset to drop. They indicate that buyers were unable to absorb the selling pressure, and the increase in supply caused the asset to weaken.

In financial markets where knowledge is key, recognizing potential changes in price and capitalizing on them early enough increases your chances of making profitable trades.

It is also one of the skills a trader needs to acquire to make a profit in financial markets like forex. There are several bearish chart patterns, but we have streamlined it to include the top patterns that every trader should know and the different ways you can take advantage of them.

This pattern is a sign of a trend reversal used in technical analysis that occurs at the end of an uptrend. It consists of three peaks, and the pullbacks between each peak are called swing lows.

After the third peak appears and the price continues to fall to the neckline, traders can expect the asset’s price to continue to fall and start a trend reversal. The pattern structure suggests that despite several attempts, there weren’t enough buyers. 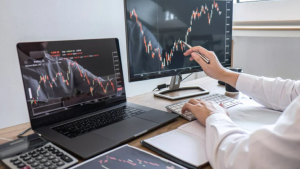 Because of its characteristics and structure, the triple top is similar to the heads and shoulders pattern as well as the double top pattern.

Triple tops can happen regardless of the time frame and what matters is that it appears at the top of a chart and after an uptrend. If it doesn’t, then it will be regarded as a triple bottom, and this shows that there is a possible reversal into an uptrend.

Trading with the Triple Top

To successfully trade with the triple top formation, you can:

For instance, when a MACD crossover happens simultaneously with the price going through the support line, it confirms the reversal.

To manage this risk, stop-loss orders can be placed above the most recent swing high.

The rising wedge is a bearish chart pattern comprising pivot highs and lows moving towards a point known as the apex. Like all bearish patterns, it also signifies a potential downtrend. As the pattern forms, there is a decrease in the volume of the asset because of the divergence that will occur between the price and volume. 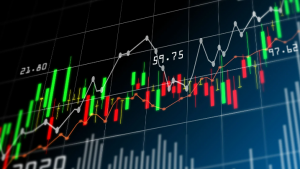 Even though it is not the easiest pattern to identify, traders still favor the rising wedge pattern for different reasons. It gives a clear indication of what the next price move is going to be allowing traders to make good trading decisions. Plus,  it has a low risk/high reward ratio which is also an attractive feature for traders.

To identify a rising wedge, connect three or more pivots highs, and lows with a trend line. The support line and resistance line then move in the same direction until an apparent convergence appears. The downtrend starts when the price strongly breaks through the support line.

Confirmation of the reliability of the trend can be done by examining the divergence between the price and volume with the MACD or the Relative Strength Indicator.

Further confirmation is done with Fibonacci retracement because the pattern can be considered valid if it falls under 50% of the retracement. Where the pattern doesn’t meet this requirement, it could turn out to be a false signal.

How to Trade the Rising Wedge?

After confirmation of the rising wedge, trading this bearish reversal pattern becomes easy. Traders close their long positions and make a short entry close to the support line after the price has broken through it. 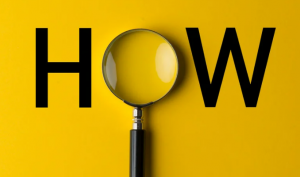 Some traders may wait for the price to break out at a specific amount before they begin trading, and this is preferable because of the volatile nature of financial markets.

For example, if you are trading the rising wedge in the crypto market that rises and falls fast, it is advisable to wait to get to know essential steps before investing in cryptocurrency.

However, you need to constantly review the pattern so that you wouldn’t wait too long before taking advantage of a profitable entry point. The opposite of the rising wedge is the falling wedge which signifies that the price of an asset is going to reverse into an uptrend.

Because of the similarity in their structure, a rising wedge pattern is often confused with a triangle pattern, but there are certain differences that separate them from each other. The major difference between these two is that the rising wedge pattern slopes upward following the larger trend. On the other hand, the triangle forms horizontally or sideways and it is a continuation pattern.

The head and shoulders pattern is one of the most reliable bearish reversal patterns to use for trading. The pattern consists of three peaks, with the middle one being the highest and representing the head, while the other two are almost the same height. 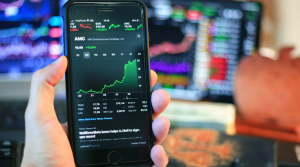 To form the third peak, the price rises again but arrives at the same price point as the first peak. When it descends for the final time, it falls back to the support line and breaks through it into a downtrend.

The movement of the asset’s price as the pattern forms shows you the decreasing momentum of the existing uptrend. The decline of the second peak shows that the sellers are taking control of the market and the subsequent failure of the buyers to initiate an uptrend causes the reversal to happen.

Trading With the Head and Shoulders

It is advisable to wait for the pattern to fully form before trading because there is always the potential for it to continue in an uptrend.

As soon as the pattern is formed and breaks through the support line, a trader can enter into a short position. For safety reasons, a trader can decide to wait for validation of the breakout before entering a trade. 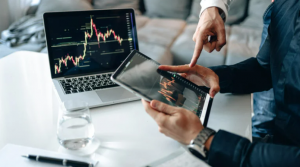 Since there is always an inherent risk in trading, even in a lucrative environment like the Forex trading market, no matter how low it is, stop-loss orders should be placed, and where you place your order depends on you.

Being able to identify and analyze bearish chart patterns is a useful tool for any trader and something they will use over and over again in any financial market. However, no matter how reliable the pattern is, it is not guaranteed to work all the time.

That is why you should increase your chances by learning about different chart patterns like the ones mentioned here and confirm every pattern with technical analysis to prevent working with false signals.