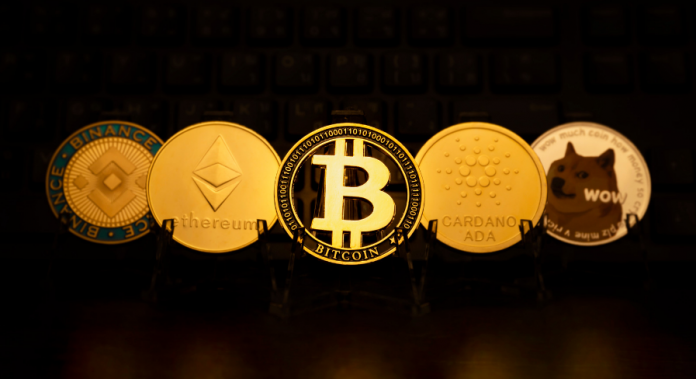 Staking of cryptocurrency assets is a method of generating income by holding digital coins on the wallet account to support the functioning of the blockchain. Staking is considered a source of passive profit.

At the moment, there are several methods of making a profit on virtual asset staking. One involves setting up a node to process transactions on the platform’s network, acting as a validator. To start such work, you need to configure the network node yourself to process the transaction. Some systems ask users to keep a certain amount of digital currencies on their account, only after that you can start working as a validator.

Another way is delegation. In this case, the user can use the existing infrastructure. Such a format of activity has received its own designation – staking as a service. The user transfers a transaction for a certain amount for processing to a validator who has a node in the network.

Delegation is considered to be the simplest method of making a profit on staking. In turn, the launch of a node is considered the most profitable. A variety of virtual assets can be used for staking.

You can specify several cryptocurrencies that are considered the most profitable for staking throughout this year. 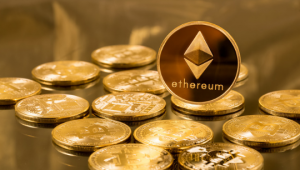 This cryptocurrency occupies the second place in the ratings in terms of popularity and capitalization after Bitcoin. It is considered one of the most popular for staking. Users receive assets and store them in accounts. As for the profitability of ETH staking, it ranges from 4 to 8 percent per annum. Many cryptocurrency exchanges offer staking, among them such as Binance, Coinbase and other leading crypto exchanges.

The next asset for staking is Tezos.

As you know, this project is almost entirely owned by the investor community. Each of them can offer ideas for its further development. Moreover, the right to do this belongs to those investors who participate in Tezos staking. The platform’s website offers users to stake an asset, and cryptocurrency exchanges offer the same opportunity.

Regarding the profitability of Tezos staking, we can say that it is from 5 to 7 percent per year. In order to start staking, the user must have at least 8000 coins on the balance. This amount is a kind of key to start staking.

Another asset that is considered promising for staking is ADA 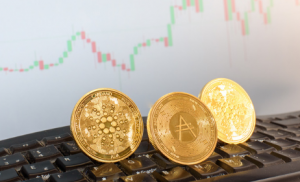 Cardano (ADA) It was launched by Charles Hoskinson, who previously worked with Ethereum. It was decided to create it on the basis of PoS. Due to this, ADA is faster to conduct transactions, the network is not overloaded and there is a mechanism that allows users to make a profit through staking.

Moreover, they can be engaged with the help of official wallets of the platform. These are Yoroi and Daedalus. Regarding the profitability of staking, it is equal to about 5 percent per annum.

By its structure, it belongs to decentralized platforms. Users are allowed to do Theta staking. To do this, you can use the platform’s website or use a wallet from Theta. The threshold for the start of staking is 1 thousand tokens.

If the user has them on the balance, he can start staking. The profit of the staking is determined by exactly how much of the asset is on the user’s balance sheet, and how long he keeps it on his account. The larger the amount of currency in the account and the longer they are held, the higher the profit.

The Polygon project belongs to the second-level protocols, where decentralized applications based on the Ethereum blockchain technology are combined. To engage in MATIC asset staking, you can use the MetaMask wallet or use your own Polygon wallet. Profitability is determined by various factors.

Among them are the number of assets held by the user, the time of holding on the account. It is also possible to calculate profits on the Polygon wallet. To start staking, the user must have at least 1 MATIC token.

Unlike many other similar projects, this one has low fees and transactions are carried out quickly. PPOs is used on it, it has a higher level of decentralization. Users can use their own project wallet. The difference from other platforms is also that you need to have only one token for staking. The profit per year is from 4 to 5%.

The main goal of this project is to make all existing networks compatible with each other. The Cosmos website publishes information where the sites that allow staking are indicated. To start staking, you need to have at least 0.05 ATOM on your account. The coin is in demand because the approximate profit is at least 9.5 percent per annum. 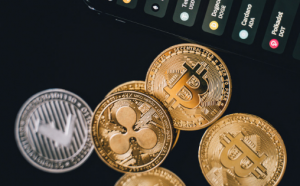 The Polkadot project is considered one of the most famous competitors of Ethereum. To start staking, you need to have at least thirty DOT tokens on your account. Users can use the Ledger bitcoin wallet or use cryptocurrency exchanges. Validators can get at least 10 percent from DOT staking, sometimes the profitability reaches 13-15 percent per year.

The ICON project aims to simplify the interaction between blockchains. A modified PoS is used on the platform. To engage in staking, you can have any number of ICX. For staking, users can use a large number of cryptocurrency exchanges. You can also use your own project wallet. The yield is up to 15 percent per annum.

Thus, the above coins are considered to be the most promising for staking at the moment. With their help, users can get from 4 to 16 percent per annum. You can choose almost any or even several and engage in staking. Many do so, in this case, the profitability increases several times.

Perhaps next year there will be other cryptocurrencies that will provide customers with better conditions for staking and higher profitability.